Move over Wilshire Grand: A planned 77-story skyscraper wants to be the tallest building in Los Angeles and west of the Mississippi. That’s no accident.

Unlike the Wilshire Grand—which was, purportedly, not intentionally planned to be the tallest tower in the city or beyond—this skyscraper was definitely intended to a record-holder, says Jeff DiMarzio, whose firm DiMarzio Kato Architects is designing the project at Figueroa and Third in Bunker Hill.

The project calls for converting the 13-story hotel building on the site into 224 market-rate apartments.

Planning documents first spotted by Urbanize LA indicate that the existing two-story podium and event space would be demolished and replaces with the skyscraper, which would hold 599 hotel rooms, 242 condos, nearly 37,000 square feet of amenities, and almost 29,000 square feet of commercial space.

“The [new] building had to be compatible with the existing property” and the elements already on the site.

Considering the needs of the property, architects essentially “broke the building into geometric halves and tapered it up to the skyline,” DiMarzio says.

The architect says the gradually narrowing building is sort of like the “sliver towers” that are cropping up in New York, but on a slightly shorter scale.

“The building is simple [and] elegant” with a composition of low-e glass (which reduces the amount of ultraviolet light that passes through it) and steel.

The main body of the high-rise is hotel space—a “mini convention hotel” with plenty of ballroom space, says DiMarzio. Above the hotel are condos, which gradually increase in size as the floors rise.

The topmost floors of the building would hold two single-floor penthouses, one two-story penthouse, and a rooftop lounge and bar that’s expected to be open to the public, says DiMarzio.

The project’s developer, Shenzhen New World Group, has owned the hotel since 2010, when it bought the property for roughly $60 million.

The redeveloped property will be across the street from a site which Jamison Services plans to turn into a 41-story residential tower. 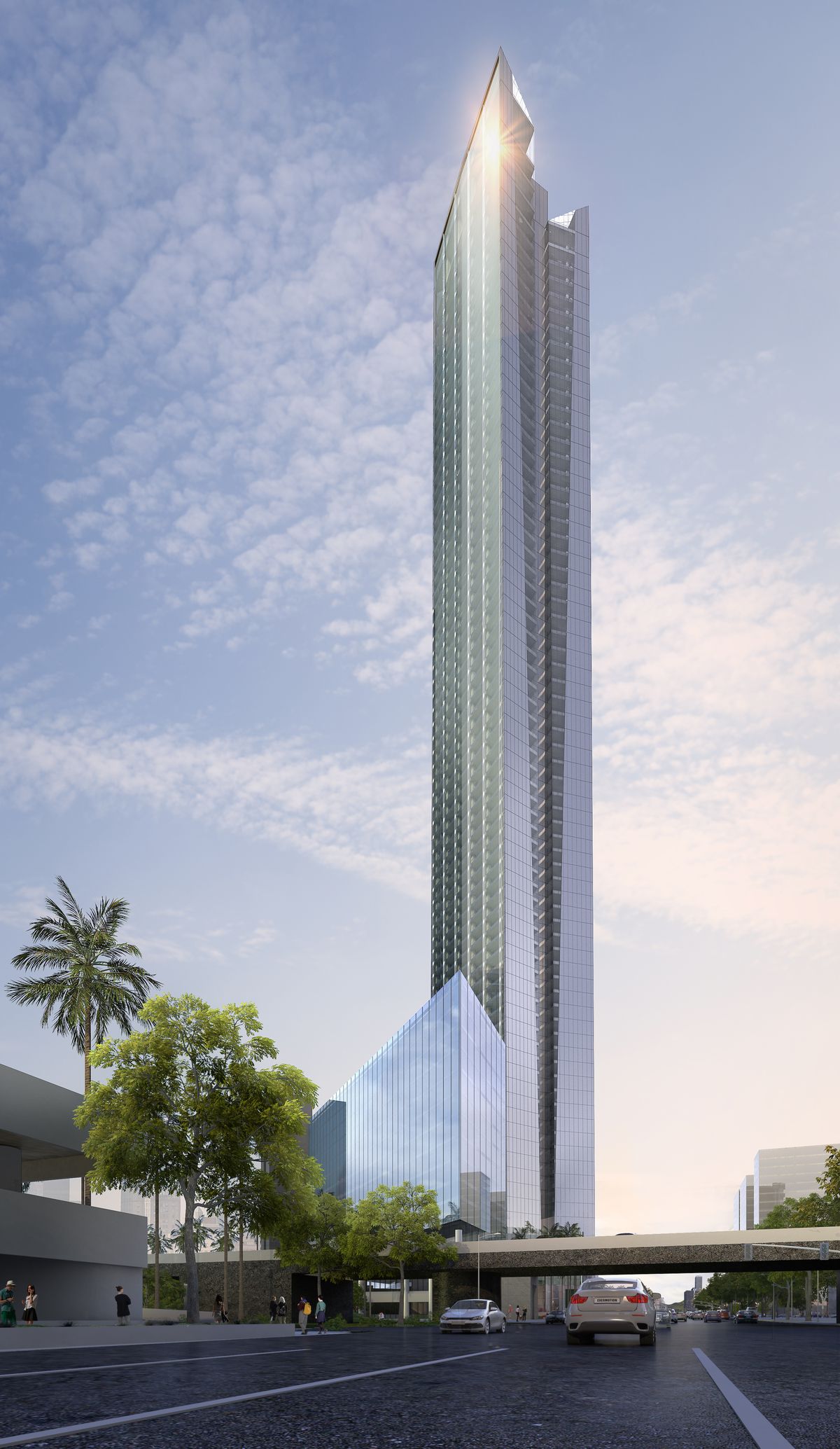 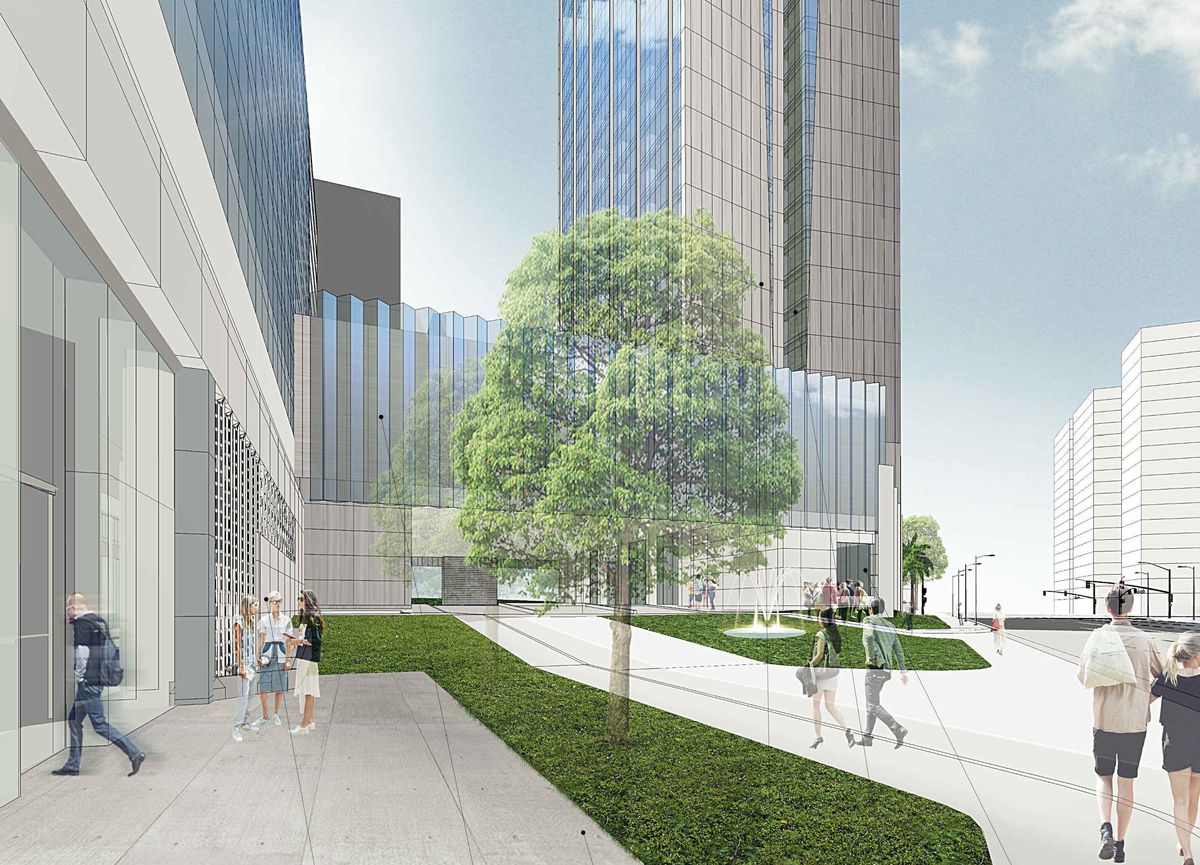 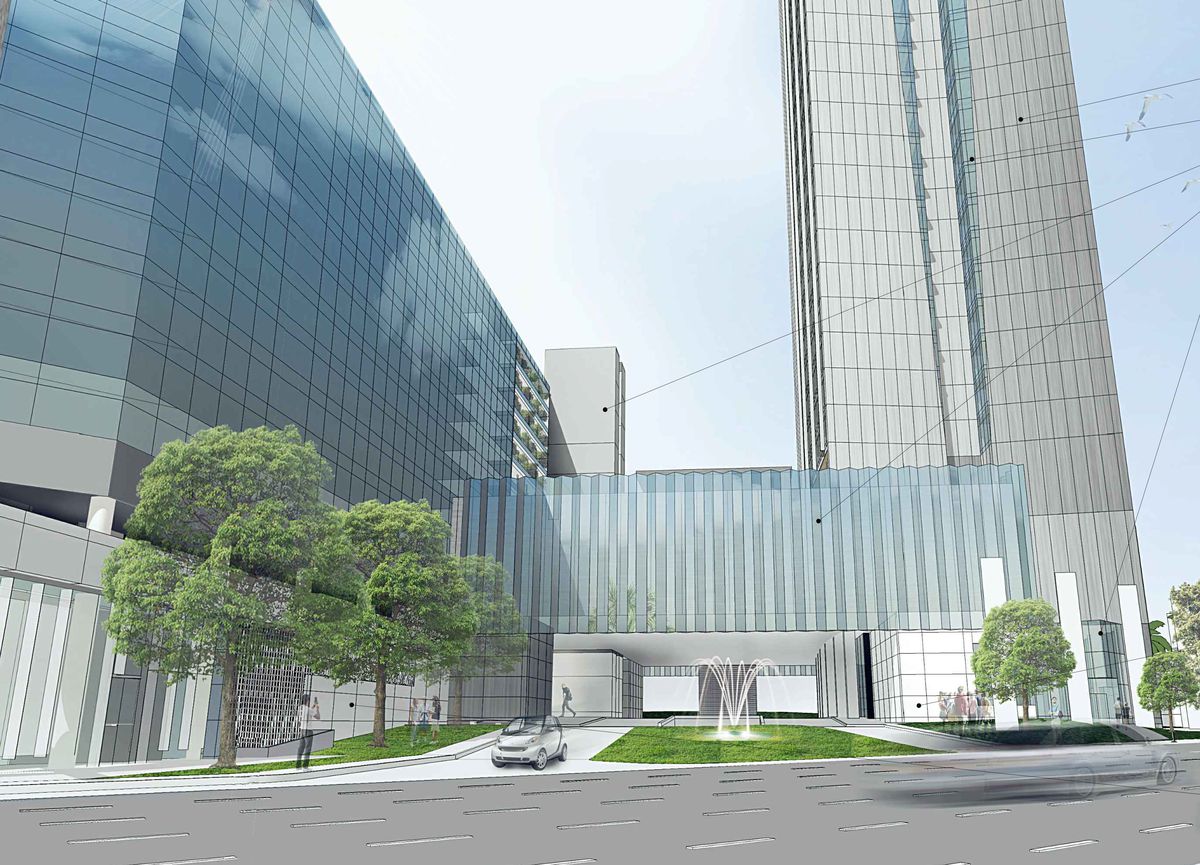